Genetic engineering today is and always seems to be on the verge of the next big advancement or discovery. What if a new organism was created out of a man made substance like plastic? As with Frankenstein’s creation of life, the body of work I have produced involves a scientific intervention leading to the sped - up evolutionary process of plastics into plants. I call this body of work plastic organic.

My thematic concern deals with the accidental creation of a new life form through scientific intervention. The concern itself is an area of art referred to as biotech art. The dangers and possibilities of new development in science is explored in contemporary films like X-files, Transformers and 28 Days Later. New science in the form of bioengineered mutation has, in the last few years, been commented on in the media and more than a handful of artists have begun reacting to it.

I chose to present plastic organic as an environment of oversized plants and botanical drawings. This allows the viewer to imagine the implications of these life forms in their own world space. Biosemiotics is an area of science that influenced my work.

The plant types I created are considered category 1 invasive species. In South Africa the highest concentrations of invader species can be found in the Western Cape, were I live (Le Maitre, Versfeld, and Chapman, 2000:397-408). By making these plants out of plastic I demonstrate a relationship between the plastic and invasive plant species.

As plastic can still be seen in a stage of evolution in terms of its biodegradability, the implication of species of plants that will not biodegrade is a concern that can be drawn by the viewer. A relationship exists between water consumption in plastic production and the invasive use of water by the plant types I have chosen. Plants use toxicity as a defence mechanism and plastic has varying levels of toxicity.

In Jean Baudrillard’s writings on simulacra, he refers to a new physicality in terms of what is simulated (1983,3). With this ideology, I have attempted to blur the lines between what is real and what could potentially be real.

Eduardo Kac is an artist who has informed plastic organic. The comparisons drawn from Kac’s work Genesis in relation to plastic organic are perhaps only in projection of meaning. I project the idea of a future reality influenced by science whereas Kac creates art in a scientific laboratory.

I chose to make botanical drawings of the plant sculptures, which can be read in a similar way to the video projection Infected (2001) by Gina Czarnecki. Czarnecki’s work, like plastic organic, shows a reality in simulation.

George Gessert is an artist who deals with genetically engineered hybrids of plants. Much in the same way he selects a breed of plant for it’s aestheticism, my selection is for qualities to highlight the destructive, even if aesthetically pleasing, nature of both invader plant and non - biodegradable plastic. All of these artists work carries a similar message, that of human intervention in a process of genetic engineering.

The choice of plant structures as a starting point for plastic organisms is deliberate as plants possessing higher levels of plasticity, in biological terms, are better able to adapt to differing climates (Oborny, 2008).

I began solely working in plastic’s, beginning with white plastic florist tubing and extending the exploration into plastic bottles, pill vials, tubing, sheeting, cable ties and an assortment of numerous other plastic products. I looked for objects that relate to containment and transfer of liquids, to enhance the feeling of water consumption, or the production of toxicity in plastic organic.

I bent, cut, twisted and in some instances used the very functionality of objects in a new way to join pieces together. The sculptural elements are reflective, transparent and mostly white in colour adding to their other-worldliness and hinting at the reflection of science in their creation.

Finally, I chose to illustrate the sculptures as realistic botanical drawings. By using water – colour and gouache, the consumption of water is brought to mind. Botanical drawings are considered evidence of plant life that exists in the real world.

Plastic organic is a body of work that investigates how an accidental biologically engineered discovery could evolve into the world with far reaching implications. It talks about what it means ethically to ‘play god’ with organic life and how this could very well be a future reality, due to sped up advancement of biological sciences today. This body of work serves to highlight two areas of criticism, that of plants that have a negative impact on the environment and the production of non – biodegradable products.

i Biotech - referring to technological advancement in the field of biology. 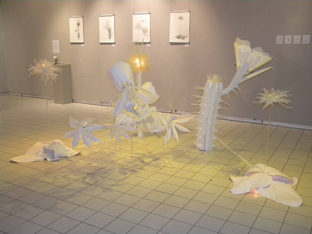 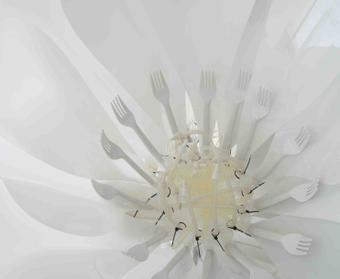 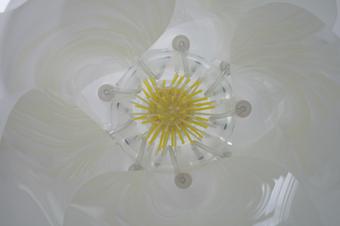 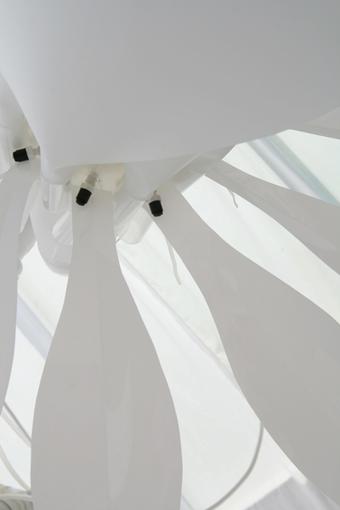 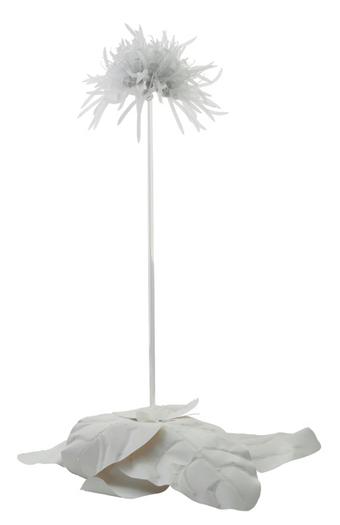 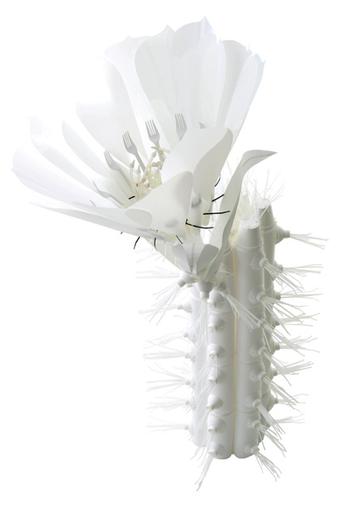 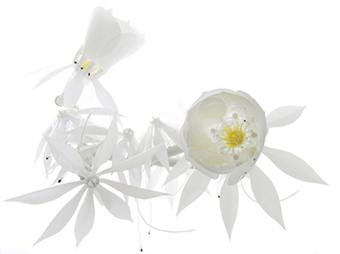 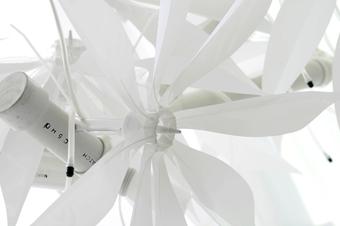 All imagery and text belongs to Staša Hlava unless specified.